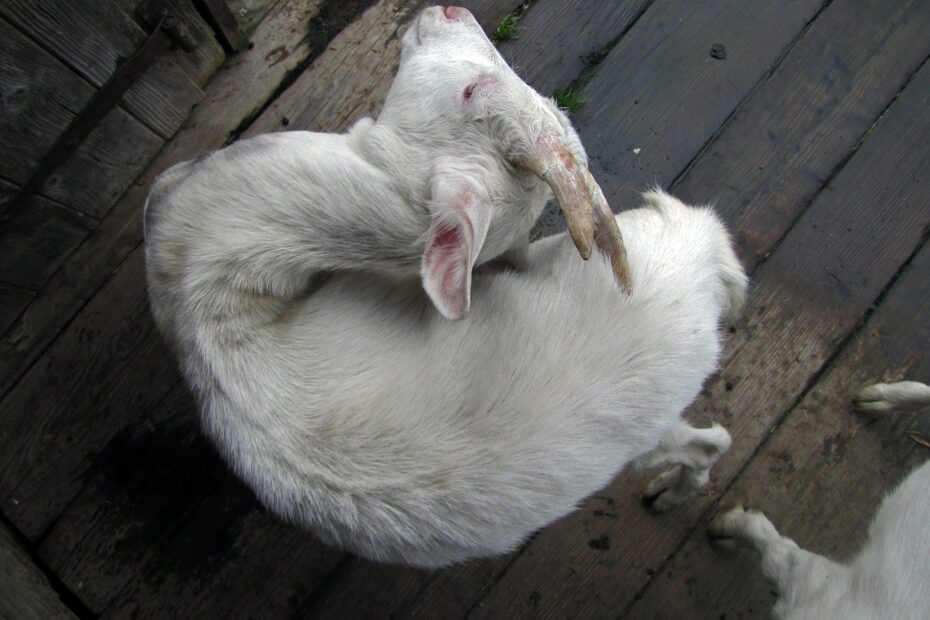 In goats, dandruff on the back may indicate a fat deficiency in the diet.

The adding of fat to the diet is perhaps an over-simplified remedy. However, there is a probability that most cases of low-fat-induced dandruff in goats result from the feeding of “home-spun” ration formulas where people decide that basic grains such as corn or soybeans should be eliminated from the diet. The feeding of a commercially prepared, well-rounded goat chow which will contain a fat level of 2.5% should be enough to take care of the problem. It is equally important to not reduce the levels of protein, minerals, and vitamins when providing a higher fat diet.

During the summer season, it is fairly common for the skin to become quite dry and for some dandruff to appear. I have found that a good daily brushing goes a long way in taking care of the problem.

Moderation in all things is, of course, the answer to so many problems. Essential nutritional ingredients are usually included in commercial feeds for a good reason. Never rely on some ration that is a current fad that contains only one or two ingredients. It usually takes a broad mix of several products in order to provide a proper diet. That is why the tag on a feed bag shows so many entries.

previousDehorning Mature Goats
nextCastrating Goats And The Art Of Banding