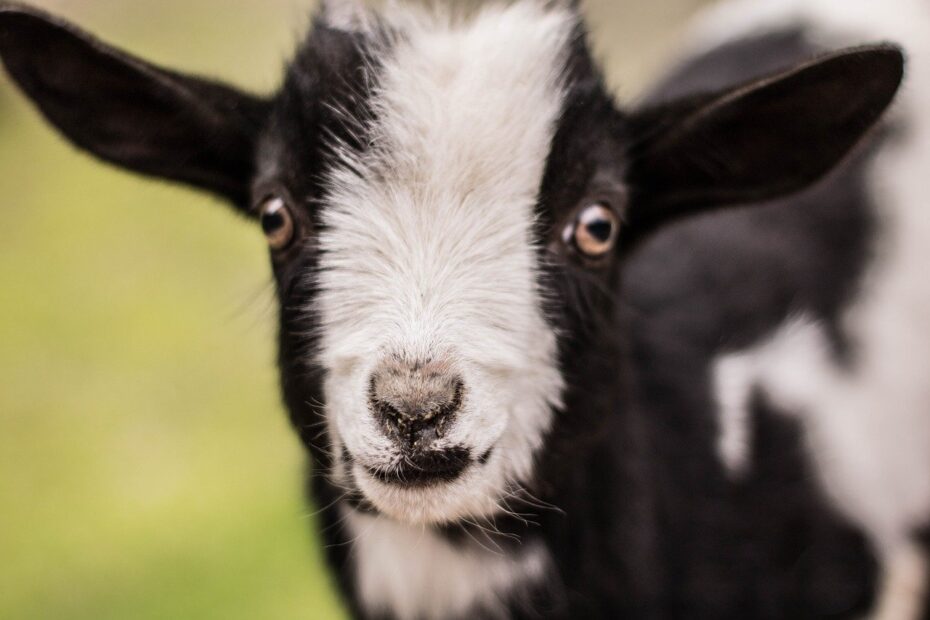 They’re cute, they’re round, they’re fluffy! Meet the Pygmy goat, a rising sensation among goat communities around the world, and for good reason. Their size, feed efficiency, and squat stature makes them great additions to the farm whether you are looking for small sized, easy to handle pets, or a compact meat animal for small spaces or limited recourses. What is the pygmy goat and how did it rise to its popularity? Let’s take a look.

The history of the pygmy goat is a rather interesting, if somewhat sad one. They originated from west African dwarf goats shipped in the 1930s-1960s. Unlike most goat breeds who were imported for the livestock trade, however, these goats were shipped as live food supplies for large cats shipped to zoos from west Africa. As I said, the history of this breed is a somewhat sad one.

Fortunately, not all of the goats were eaten by lions during transit, and zoos started getting an extra unmolested dwarf goat or two in their boxes of large cats. As you can expect, the zoos didn’t really know what to do with these extra goats at first, and so they were originally kept in these zoos as research animals and used in petting zoos.

Due to their friendly demeanor and how fast they bred, some of these west African goats were eventually sold to private farmers where they began conservation of these little goats. In the meantime, however, two general types were picked out from these goats; a more slender dairy type goat later named the Nigerian Dwarf, and a stocky goat dubbed the African Pygmy, or Pygmy goat for short. The Pygmy Goat Association was then established in 1975.

As mentioned before, the Pygmy goat has a stocky appearance, differentiating it from the related Nigerian Dwarf goat. Its height ranges between 15 and 20 inches tall at the shoulder. With Pygmy goats weighing in at a range of 35-50 pounds for females, and 40-60 pounds for male goats it really is a small breed.

There are 7 recognized color variants of pygmy goats for show. These variants come in three different categories: caramel, agouti, and black. All of these can have white patches and spotting as long as the black stockings remain black.

Aside from their original uses as research animals and lion food, the pygmy goat can also find uses more typical of the family farm. Pygmy goats are considered miniature meat goats, for people who want to raise meat on low space or resources. This had made it a popular goat in many countries.

Pygmy Goats have other uses besides research and consumption, however. As mentioned earlier, their friendly nature and small size helped make them popular pet goats. They don’t need as high fences as regular sized goats, they don’t eat as much, and they are far easier for children to handle, making them a good kids pet. This is quite easily their predominant use in the US.

As a milk goat, the Pygmy is less reliable. Some can produce up to 2 thirds of a gallon of milk a day, which is higher than the average of the Nigerian Dwarf, their dairy counterpart, but most pygmy does usually produce between one and two quarts of milk a day, falling below the Nigerian Dwarf’s average. On the other hand, Pygmy goats are known for high milk butterfat, with percentages that range from 4.5% all the way to 11 %!

As far as fiber goes, this is probably the least common use of the pygmy goat. They do not have mohair like the angora, but even though they cannot outproduce a cashmere goat they do produce a considerable amount of cashmere for their size compared to most breeds. They are often bred to angoras to create the Pygora breed as a double use fiber animal.

Originating from a breed from rural Africa, the pygmy is a rather hardy breed, but that doesn’t mean there isn’t anything that should be done to ensure their health. For regular health it is important to provide them a three sided shelter away from the wind that is high enough from the ground to keep them dry in the rain. This shelter should be big enough for all your goats to get inside. Sufficient fresh hay/ grass for them to eat and water are also important to keep them healthy.

There are other things that should be kept an eye on/ done on a less regular basis for their care. Their hooves should be trimmed every 4-8 weeks too keep them from becoming overgrown or infected. Another thing that should be done is to monitor their overall health and coat condition to see if extra minerals need to be added or changed in their diet.

Pygmys with other animals

Now it is great that Pygmy Goats can make good pets, but you may ask how they would get along with whatever animal you already have. They are rather sturdy and get along with others well (Unless they try to headset them, at which point you need to decide if they are small enough to not be able to cause a problem).

Easy to get along with

Animals they should be able to get along with are cats and other goats. True, with the size difference I would monitor them being introduced to larger breeds of goats, but they are rather sturdy, and I have known many people who have mixed pygmy and standard sized goats to no issue as long as pygmy does are not mixed with full sized bucks.

Dogs and horses are animals your pygmy goats might be able to get along with, and pygmy goats are even recommended as companion animals for them, but they should be monitored to make sure they get along. Some dogs get along great with goats, others may become aggressive with them without warning, so it is good to watch interactions between them at first and continue to be aware of how they get along in case anything changes.

Same with horses, some horses love goats and Pygmy Goats are even popular companion animals for racehorses, but a horse that does not get along with the pygmy goats can do a lot of damage fast so being aware of interactions till you know how they will behave is a smart thing.

Sheep and poultry are probably common animals for people to try to keep alongside Pygmy goats, due to the pygmy’s size and how much they resemble sheep. In these cases, however, you have to take care to feed the goats and the other animals separately. Sheep can’t tolerate the amount of copper that goats need to be healthy, so feeding them together will either result in a loss of health for your sheep or goats if you don’t supplement the goats their copper separately. Pygmy goats should also be kept away from poultry food, because first they will push the birds away from their food, and then it will make your pygmy goats sick.

How much are they?

Pygmy goats often range in prices depending on what age and gender you want. Wethers and does are by far the preferable choices for pets. Whether kids are often 100$ with adult weathers closer to 200$. Does on the other hand, usually start at 200$ and are closer to 300$ as adults due to their ability to be used as breeders. Although not recommended unless you are going into breeding due to their smell and habit of peeing on their faces, pygmy bucks usually start at 250$ as kids and are around 500$ as adults.

How to find them?

Pygmy goat breeders can often be found through a Google search. If you are still having difficulty finding pygmy goats near you, local goat pages can often help you find breeders. If you still are having difficulty finding any, the National Pygmy Goat Association has a nationwide breeder database across the US under breeders. With all of these resources, I wish you the best of luck in finding your new pets! 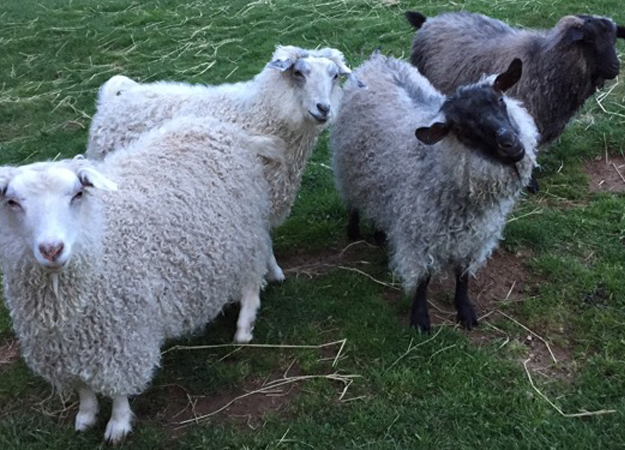 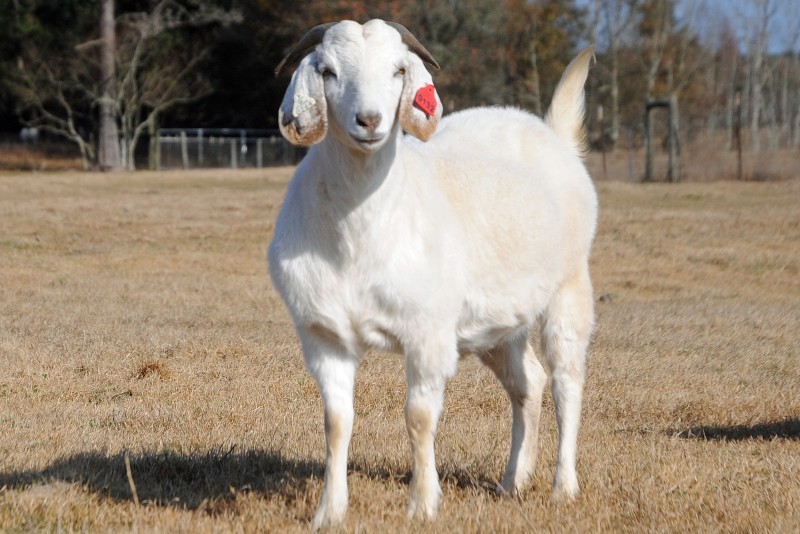 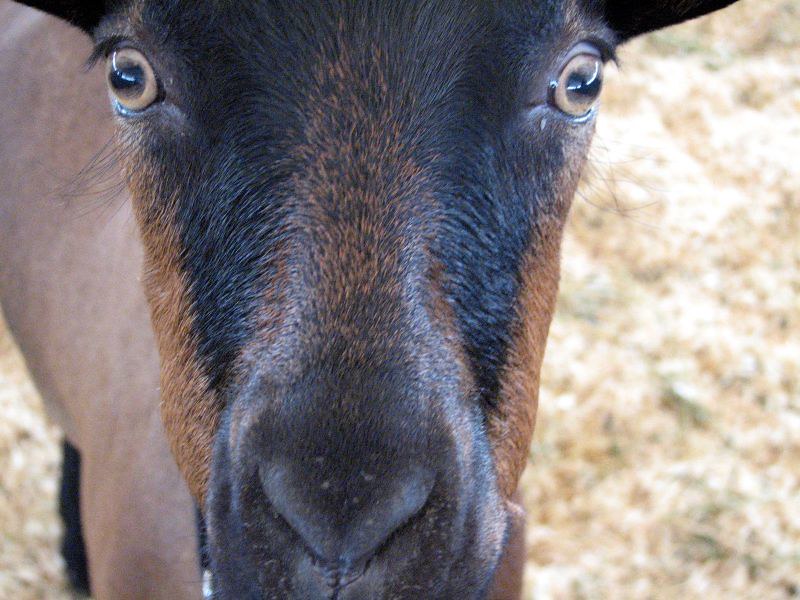 The Oberhasli goat originates from Switzerland, where it began life as a Chamois coloured goat from the Oberhasli region of the Bernese Oberland in Central… Read More »Oberhasli Goat – The Ultimate Breed Overview