Castrating Goats And The Art Of Banding 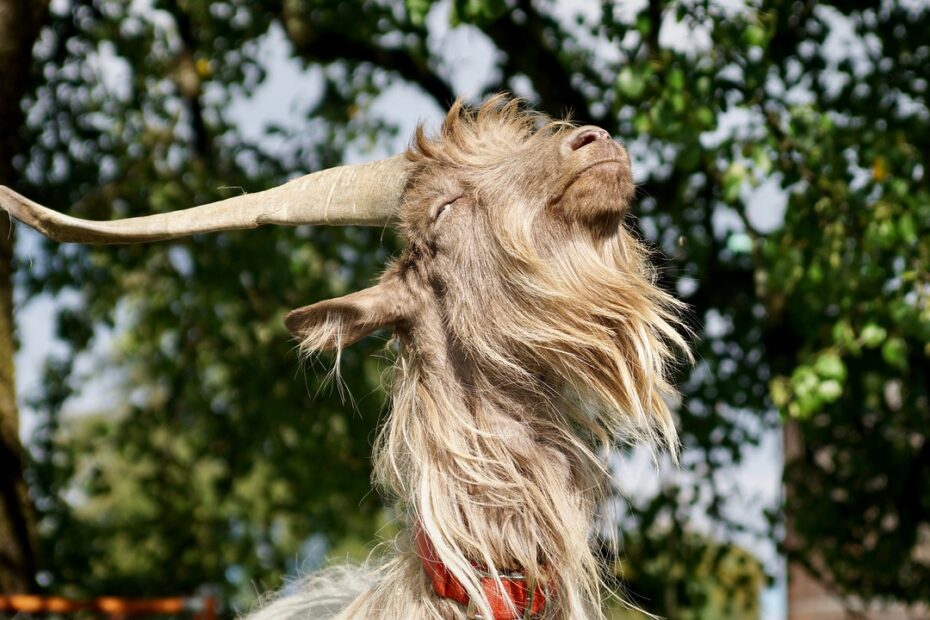 Most goat owners prefer to castrate all young males which are not going to be kept for breeding purposes. We will talk about the advantages and disadvantages of doing this and take a look at the two most popular methods of doing so. We will describe in detail the process of using rubber bands to remove the testicles because that is the procedure that almost everyone will choose to use.

Young male goats can become fertile at a very early age; you certainly do not want a bunch of potential little breeders running around with your does. But most importantly, you are castrating them to prevent them from becoming bucks in the future. This is done for a variety of reasons. You want to save only the very best of bloodlines and their characteristics for subsequent breeding programs, either on your farm or someone else’s. “Young bucks” can be very troublesome to have around—sort of like a little testosterone army. If you have dehorned and castrated them you’ll just be a whole lot happier, believe me. And, you’ll be much less likely to have “accidental” pregnancies. Some commercial buyers of young or yearling goats who sell them for meat purposes (even if they’re not of the “meat” breeds) will prefer to have them castrated for easier handling and shipping.

Males that are not castrated will tend to outgrow those that are. There is some disagreement as to whether the meat of the intact male has a more “bucky” taste; I do not have any first-hand knowledge on this. Almost all castrating procedures are non-reversible, meaning that once you’ve done it there is no changing your mind. Sooner or later you will say, “I wish I’d left him a buck” when you see unusually nice wether that would obviously have made a great breeder for yourself or someone else. Such is the nature of farming! Finally, most forms of castrating are unpleasant. Either you adjust to it or get someone else to do it for you (or have a bunch of horny, smelly macho kids running around).

This is where the bottom part (or side) of the scrotum is cut off and the testicles are pulled loose (If they do not come free easily, use a scraping motion along the cord with the knife blade; do NOT just cut it.)

Advantages Although there is obviously quite a bit of pain and bleeding right at first, all the agony is pretty much over with right away. There is less danger of infection in the wound or of tetanus from a long-standing open sore. There is less need for follow-up and aftercare. You do not need to buy any special equipment.

Disadvantages It takes more “personal fortitude” than many goat raisers can muster up. It can cause considerable bleeding, which is unsightly to some. In some rare instances, bleeding cannot be stopped and the animal dies. There is immediately an open wound that can become infected, but healing is usually fairly rapid.

Advantages The procedure is relatively simple, which makes it easier for the novice to learn. Since the skin is not broken, there is no bleeding. One person can (but with some difficulty) perform the operation alone. If a band accidentally ends up in the wrong place it can usually be removed (if done quickly).

Disadvantages There is considerable pain which lasts for about an hour. The kid will frequently lie on his side with his legs stretched out and act like he’s about to depart this earthly toil. (If so, just get him up and make him walk around a little.) Others will show no problems whatsoever. The younger they are done (and the smaller the testicles), the easier it is on them. The biggest problem is that an open sore can occur along the abdomen before the testicles fall off. If it occurs, this is an area of serious potential infection, including tetanus. In a few very rare instances, the vessels going to the scrotum can herniate and separate from the abdominal wall causing a real scary-looking mess.

Many people feel that castrating too early can lead to an increased incidence of urinary calculi (“stones”) because of the hormonal production of the testicles aids in the development of the urethra. If you want to wait until later when the testicles are too large for an ordinary bander, you can order a “California Bander”.

The Art of Banding

First, of course, you have to buy a pair of elastrator pliers. Do NOT try to make some homespun sort of device or buy one of those cheap ring things that are promoted as the latest thing inhumane or bloodless castration. Get some real elastrator pliers and a package of little green bands (lamb size, not cattle). Have handy an iodine dispenser and a pair of small sharp pointed scissors (in case you want to remove the band; generally, it’s a whole lot easier to do it right the first time). You can have someone hold the kid in their lap. Some prefer to have the kid standing so the testicles drop naturally; we usually do it with the kid in an upright position, legs facing me and hanging free.

Examine the scrotum to see how easily the testicles can be forced down into the sack and held there. It may take some firm pressure applied to the lower abdomen to make them become available. Do this a couple of times to make sure that in the heat of battle you can do it rapidly and with only one hand. If you cannot force the testicles out of the abdomen (it may take a little practice) it may indicate that you need to wait a few days and try again. Before you make this decision, place the kid in a standing position on all four feet and try again (you may have to stand on your head to do this!) Once you’ve determined that you will be able to proceed, make sure that your partner, the kid and you are all nice and comfortable.

Paint around the whole area (360 degrees) just above the testicle with a 7% tincture of iodine. Then place one band on the elastrator. Grip it firmly with your preferred hand and with the prongs pointing up and your hand pointing down. Squeeze it a couple of times to make sure the band isn’t going to pop off and fly across the room. (Have the band about half way down the prongs.) Grab the skin of the very bottom of the scrotum (NOT the testicles) with the other hand and pull this through the band. You have now reached the point where if you let go, he will experience pain and you will have a hard time retreating. Move the band (by means of the elastrator) up and over the testicles while expanding the band about as far as possible. When the band is near the abdomen and above the testicles or where the testicles should be, the real serious part of the program begins. If the testicles are above the band, you will have to lower the testicles below it by forcing them out of the abdomen with your free hand as we practiced earlier. It may take a few tries to do this but keep squeezing the handle all the time.

If you find that you cannot get the testicles below the band, withdraw the elastrator and decide whether to rest and try again or come back another day. Do not put the band on the sack with one or more of the testicles up in the abdomen unless you wish to intentionally create a cryptorchid male (will have all male characteristics but be sterile.)

Once the testicles are safely below the band, squeeze off the upper sack above the band with your free hand so they cannot slip back up in. With the elastrator, position the band so that it is down almost tight against the top of the testicles. If it is positioned too far up against the belly a serious rupture can occur; also, it tends to be more stressful to the animal later on. There are tales among the old-timers that calves can die if the band is placed too high, but I don’t know if this is true or not. When the band is in the position you want it, you must release the handles of the elastrator and pull the band off the prongs with your free (CLEAN)hand. This is when you are apt to get kicked in the face as the kid will notice that suddenly something just went terribly wrong. Look quickly at where the band ended up and make another application of iodine. Make the kid stand up and walk around. He will have some unhappy moments for about an hour or so but then will resume playing with the other kids.

Every 2 or 3 days, check the wound and put iodine on it to prevent infection. If there are areas of rawness, we frequently apply NTZ Puffer powder to aid drying. If it is fly season, you may want to apply some type of fly repellent. The sack will start to shrink and dry up in a few days and eventually fall off. Sometimes, it will hang there by a tiny thread. If this is really tiny, it is OK to go ahead and cut it to prevent further problems.

Hopefully, the kid has had his CD/T vaccinations to guard against tetanus. If not, you may want to give tetanus anti-toxin.

Every once in a while things will go awry! This is usually an injury that results in a herniation of the tubes and vessels that join the testicles to the abdominal cavity. You are presented with an ugly, bloody stub of a thing that is devoid of any skin or protective covering and which may or may not be bleeding profusely. It is one of those moments that can make you wish you’d never gotten into this goat business in the first place. You can haul the kid off to the vet. Or, you can take a clean piece of string and tie the thing off (tightly) even with the surface of the abdomen. Then apply iodine and a coating of antiseptic powder such as NTZ or Wonder Dust®. Put the kid in a very clean well-bedded area for a few days until healing takes place. Should you be unable to stop the bleeding with a string, plan on a visit to the vet. (Hold a pressure bandage against the area until you get there.)

previousDandruff In Goats
nextGoat udders – Everything You Need To Know